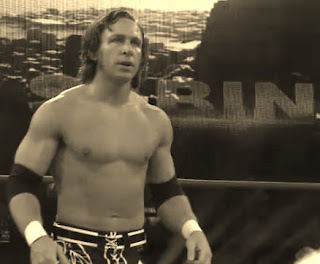 The return of Chris Sabin!

Everyone and their dog's grandmother, knows that I'm a big fan of Mr. Sabin, and it's really great to see that he's made his return to wrestling after almost two full years out because of knee injuries.

I know, he came back to TNA tv last week, but I didn't get a chance to see it till today, so hence the late mention.

What does this mean for the state of the X-Division in TNA?    It means that the X-Division can finally have a chance to repair itself. It's been lacking for months.
In his first televised match back, if you watch the episode from May 2nd 2013, you will see there was a moment where it looked like he might have taken on more then he could chew. But thankfully, he proved that he really has not lost a step.
His promo spoke of his intentions to join the hunt for the Heavyweight title. I don't think anyone would doubt at all that the title would look like it belongs on his shoulder.  Personally, I'd like to see the X-Division belt around his waist as well. (can we just hand them both to him?)

Speaking as someone who dealt with a knee injury, having one is bad enough, but having to deal with both knees causing you pain and issues, the dude is a god as far as I'm concerned to be able to come back from that. Just to come back from a knee injury in general, let alone return to a sport as demanding as wrestling. And to the X-Division on top of that!  Dude is a god!

I just have one thing to say about the return of Mr. Sabin...dude the hair! Seriously? (shall I break out the hair gel or just let you kill me with a chainsaw and use my intestines to slick it back?- damn I missed being able to use this hair gimmick)

Posted by Domestic and Damned at 9:41 PM