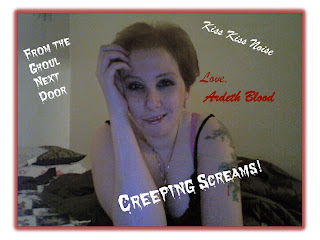 I had actually made a quick little minute and a half video for this post, but having upload issues so back to basics it is.

You're wrestling minute....  WWE,  finally a good choice with Del Rio as champ.  I like this, he has star-quality.
But the Nash thing I saw that last month over on TNA in the women's division when ODB came in.  That's just too soon for the two major companies to be doing the same story.

Speaking of TNA-Impact... as I asked on my main blog few days ago in my "asking wrestlers {more} stupid questions"   Eric Young please loose the beard. It looks like you have a dead cat on your face. 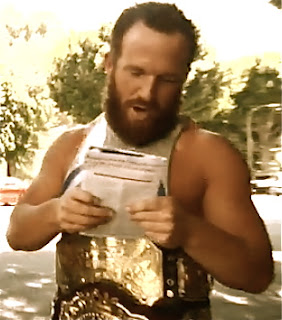 Posted by Domestic and Damned at 10:22 AM

I'm sitting here right now watching for the first time ever,  Aftermath  on the Score.

I've never watched this before, but it was on the DVR as I over set the schedule.

They started off with a joke, riffing on Orton being told to write out 100 times he will not RKO DeBiasi.  PPPSSST... hosters there, he was also told to stand in the corner on one foot for ten minutes, so go at it.

As far as the whole issue Cole has with Daniel Bryan, um... I do believe that it has to do with how last summer Cole got choked out by his tie and a cable at the hands of Bryan. So Cole is not just being ... Cole.

Jumping to the Tyson Kidd comments... hosters -first time watching didn't really pay attention to your names- I must agree Kidd makes so many of the other guys look good because; wait for it, he actually knows what the freal he's doing! So rare at times to find a wrestler who can wrestle and not just look pretty on camera.

Your comments on Mark Henry being the top contender... bogus. Sheamus should have had it.

Your comments about Rhodes and the belt... interesting to say you'd like to see him against a healthy Kane. I would have to say that I think getting back to the Kidd topic, Tyson Kidd should be the next in line for that belt. Rhodes vs Kidd would be a wicked feud.

Posted by Domestic and Damned at 1:40 PM

Is it a belt or a hot potato

So the WWE has once again shuffled the champs around like chess pieces by someone with ADD.
Mysterio had it then Cena then Punk then Del Rio,  meanwhile on the other side of the ring, that belt got passed from Christian to Orton to Christian to Orton... I'm dizzy give me a minute.

Here's a thought, leave the belt on Del Rio for say... 5 months.  Let him carry the heavy for awhile, he's strong can can do it.
The other side of the ring, seriously Orton has had some beauty of runs but it's time to let someone else have a turn for about 5 months.  Cause from my seat on the floor here, that whole back and forth thing so not cool.

Posted by Domestic and Damned at 9:16 AM