WWE would be smart if... 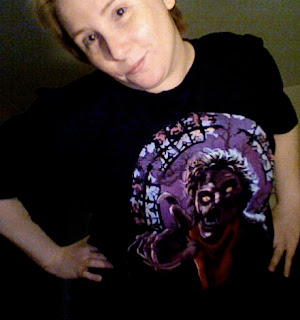 Another WWE ppv tonight, and here's my thoughts on what would make the ppv worth my time and money, and create some cool stories going into the new year.

#1- I would like to see the Rhode Scholars come out on top.  They need to be the number one tag team contenders right now.  And Cody needs to get rid of the thing on his lip if he hasn't already.

#2- Wade Barrett needs to win the title from Kofi.  One of the best wrestlers around right now, and none of the stories they've had him in, in the while have been strong stories.  This would start a good enough feud that could carry well into March

#3 Cesaro keeping the belt.  His ego works for the championship.

#4 I think that having Dolph Ziggler keep his Money in the Bank case would be the smart thing to do.  I would like to see him cash it in on CM Punk when he returns.  That would be a fabulous set of feuds. Two wrestlers who can out mat and out top turnbuckle most of the guys they have been paired against lately.

#5 My gut on the Sheamus vs Big Show is to say Sheamus needs to win.  But, that's because I'm a fan of his.  But, if he gets the title tonight, he's going to be a bit lost for a new feud UNLESS someone like Miz steps up.  So let's give it to Sheamus and have Miz upgrade his status to number one contender.

#6 Hell No/Ryback vs The Shield.  Saving this for last because it's the whole reason I want to see this ppv.   Honestly, I'd love to see it break down to just Daniel Bryan vs Seth Rollins.  A good 25 minute match of pure submissions. That would make my night if that happened. That could also lead to a great feud for the next two months between Team Hell No and Rollins/Reigns.

*** EditNote- I realized I messed up Daniels name. Think it's fixed now SORRY!**

Posted by Domestic and Damned at 6:17 PM