Death of the Tag Teams 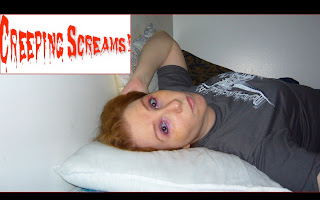 Well only for WWE anyways.   It's the talk as of late for fans.  It has also been the topic of a few other spoiler sheets and pro-wrestling articles.   The end of the tag team division for the biggest company around.
I'm not shocked either.  No one is.

The second Nexus took the belts, the nails were charged into the coffin lid.  Now, this week's episode of Raw, saw the end of the Hart Dynasty.  Tyson Kidd walked away leaving Smith to the wolves.  Honestly, as sad as I am to see the only legit tag team in the company crumble, I'm sort of glad too.  Kidd has more talent then Smith, I don't care who his family is, Smith was the weak link.

As far as Nexus goes,  Slater is the weak link. Toss him, I'll feel better.  And talk about belts that are needing a make over. God those things are ugly. I don't care how new or expensive they are, they hurt my eyes.

Can anything save the WWE's tag division at this point?  Nothing is really coming to mind.  Team Uso might, if you gave them someone of their training to feud with.

Here's what I would do if it was me in the writing room,  wait till Evan Bourne returns from surgery in a few months and either have him join Nexus therefore replacing Slater by teaming him up with Gabriel or kick Gabriel out of Nexus letting him team with Bourne.
And I can't stand either of those guys. I just think they would make a glueable (cohesive) team. They have the same style and speed, not too sure on their heights but Gabriel looks to be closer to Bourne's height.

Miz and Bore-Spore Alex Riley make an impressionable image.  I would have Miz cash in his Money in the Bank contract and loose, opening the door for an official tag team with his unofficial tag partner the Bore-Spore.

Let's turn to the darkside for a moment, this new dude Tyler Reks.  I could see him teaming with Drew McIntyre and forming a solid team.

All I can say is that I've been a tag team fan for decades and have been disappointed greatly in the last six years by WWE's tag division.  Either step it up or just drop it for a year until you get some real tag team talent.
Posted by Domestic and Damned at 8:27 PM